Dangerous Pollutants, Contaminates and Diseases in No potable Water

Availability of potable water is of vital importance in all countries. Unfortunately, developing countries and places that have experienced natural disasters such as hurricanes, droughts or other natural catastrophic problems. In these areas a lack of clean drinking water cripples across all socio economic groups. Water is absolutely necessary for the human body to function correctly. Water provides lubrication and cushions joints, get rids of cellular waste, and helps regulate body temperature. Additional water is needed when a person has a fever, diarrhea, or vomiting. 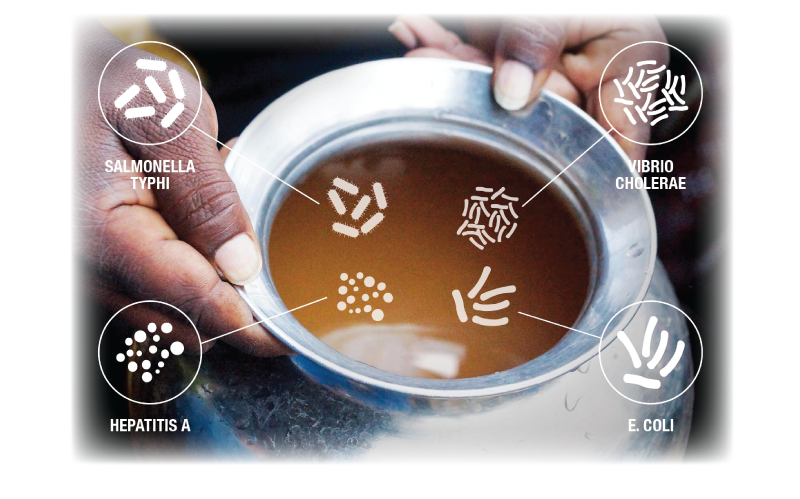 Heavy metals and disease is carried in untreated water. Lead can enter pipelines made of copper. Small deposits of the metal dissolve in the water, and become unseen to the human eye. The contaminated water can lead to lead poisoning. Children under the age of 8, and elderly adults are most at risk. The symptoms include a decline in mental function, memory loss, joint pains, vomiting, and learning difficulties.  Treatments include removing the source of lead, mediation, EDTA therapy.